My Market Call: Market Thoughts: When Is It Safe To Buy

News headlines and presidential tweets keep advancing the “strong economy” narrative. But the ISM Total Employment Index vs. US Unemployment Rate YoY is telling a different story of a troubling employment outlook. It is the magnitude of this employment outlook decline over the past 12 months that should be making headlines, as a critical recession threshold is about to be breached. 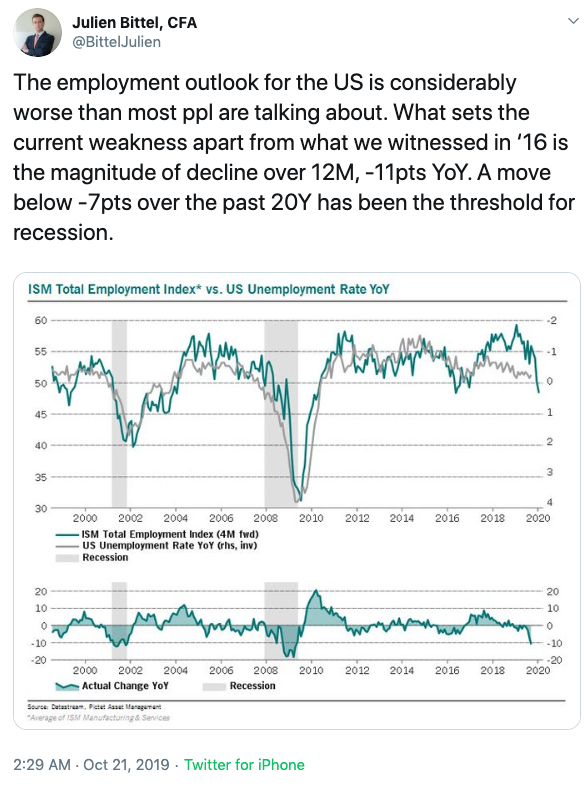 Dems in the running – Sanders and Warren – have both put forth their economic plans that would include banning stock buybacks. Kirsten Gillibrand co-sponsored such a Bill with them in March. As CEOs approve the largest buybacks ever in 2019, the “ban buybacks” narrative is getting louder.

Markets are not pricing this policy reset in, but may as Impeachment investigations gain traction. 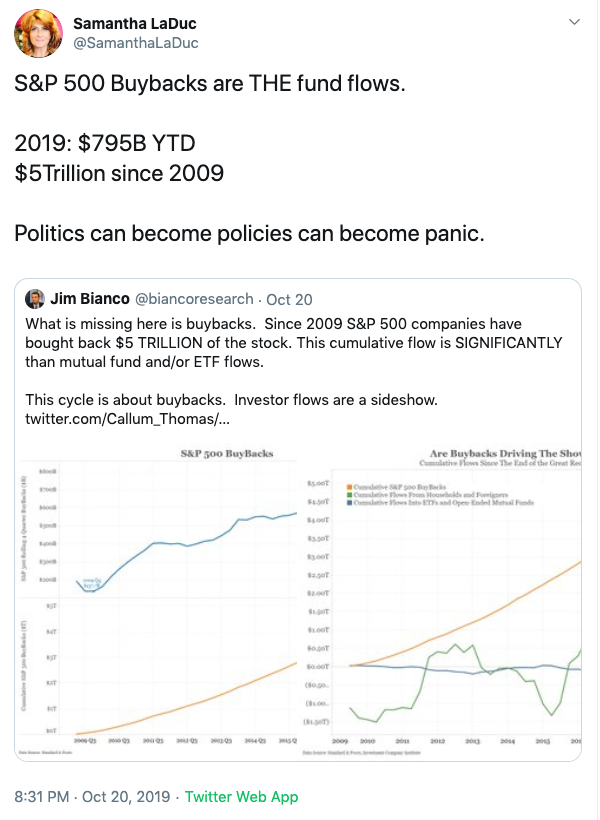 You know I’ve been on this theme for many weeks… Monday Massacre was not a one-day-wonder but a theme that would continue. Private Equity darlings in $IGV $FFTY $MTUM continue to decline as oversold value plays pick up speed to the upside. 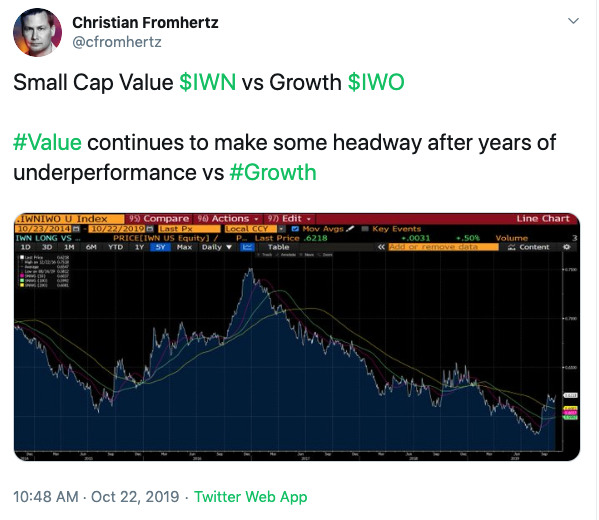 Forensic Accounting specialist “Deep Throat” has a big story. And it’s not priced into the markets … (or even understood). I have been lost for hours in his blogs before but I emerged with eyes wide open. Weekend reading perhaps, but read it if you care about your investments. 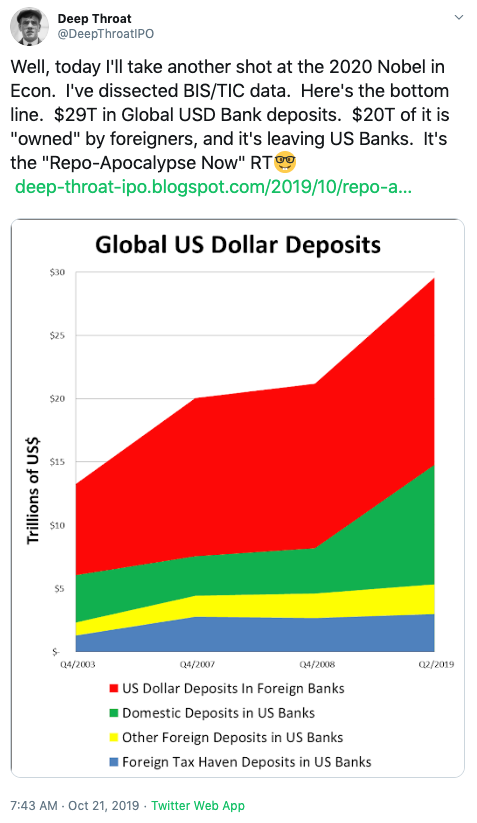