Market Thoughts:  “It could happen sooner than you think”

Markets were weak at the open with Unicorns – IGV and FFTY companies – flying down as the overbought momentum tech plays continued to have profit taking. Some of the selling is the continued Rotation from Momentum into Value but it is also timing wonderfully, no doubt, with sentiment on the WeWork fiasco.

Matt Levine of Bloomberg Money Stuff has written a lovely eulogy of sorts with sprinkles of ridicule but a eulogy nonetheleless on WeWTF:

The thing is that if you invested billions of dollars in WeWork at a $47 billion valuation back in, literally, July, you probably weren’t like “hmm yes this is a solid mid-tier office landlord with good unit economics and interesting expansion opportunities.” Back then WeWork was planning to “encompass all aspects of people’s lives, in both physical and digital worlds.”

If a company encompasses all aspects of people’s lives then there is really no limit to how valuable it can be. Facebook Inc. encompasses most aspects of most people’s lives these days and is worth approximately one kajillion dollars. WeWork aimed to encompass even more aspects—“We’re like Facebook, only you also live here,” is how I once paraphrased it—so it was potentially worth, I don’t know, three kajillion dollars? It wasn’t there yet—it mostly encompassed some co-working spaces—but that’s why you invest in startups; you are making bold far-seeing bets on potential greatness.

And with the leader dropping from the sky, the remaining unicorns are flying less close to the sun.

“it could happen sooner than you think”

Then news hit that Trump’s transcript of his call with Ukraine President was released, along with a Trump Tweet that Trade Talks were going well, and markets stopped going down, reversed on a dime, clawed and then sprinted higher – with risk-off trades of Bonds, Gold/Silver/Miners getting sold.

I timed the intraday bounce exactly in my live trading room using one of my favorite indicators, but then I had to leave to get ready for an interview with DailyFX our of London. That Podcast should be up in a few days.

Is this market reaction indication that the Impeachment inquiry is dead on arrival and that a China trade deal *may* be in the wings?

For once a Trump comment caught my attention. It was more ‘cheeky’ than usual:  “it could happen sooner than you think.”

He was referencing the Trade Deal and although I am still focused on risks right now like Economic Plumbing, I can’t help but read and agree with the logic that Impeachment May Be Just What the Stock Market Needs to get a Trade Deal Done!!

A rally seems likely if the trade war gets put on hold while Trump defends himself. Conor Sen

My Position: The above is true, IF China agrees!

And if the BlackSwan that is lurking swims back into the marshes far from view. But that’s not looking likely:

To review market thoughts and key events on the docket this week, here is my post on The Week Ahead: September 23-27

Thursday is full of market-moving news. From revision to the Q2 GDP report to Jobless claims on the US economic data front to another speech by BoJ governor Kuroda and Draghi not to mention Fed heads: Bullard, Clarida, Daly, and Kashkari.
Key Macro Dates to keep in mind:

Question of the Day: How Will China Respond?

Secretary of State Mike Pompeo: US is imposing new sanctions on five Chinese nationals and six entities, incl. two Cosco Shipping Corporation subsidiaries, who it accuses of knowingly transferring oil from Iran in violation of Washington’s curbs on Tehran.

Some recent posts that help explain the financial plumbing:

The fate of LIBOR is likely to precipitate one of the largest one-off structural changes to the interest rates market in our lifetimes. Regulators are growing increasingly concerned because we’re ill-prepared for what comes next. Thus, more ad lib experimentation by policymakers. It’s a tectonic shift in a $400 trillion+ market.

My Chart Of The Day

Despite a stunning turnaround today… 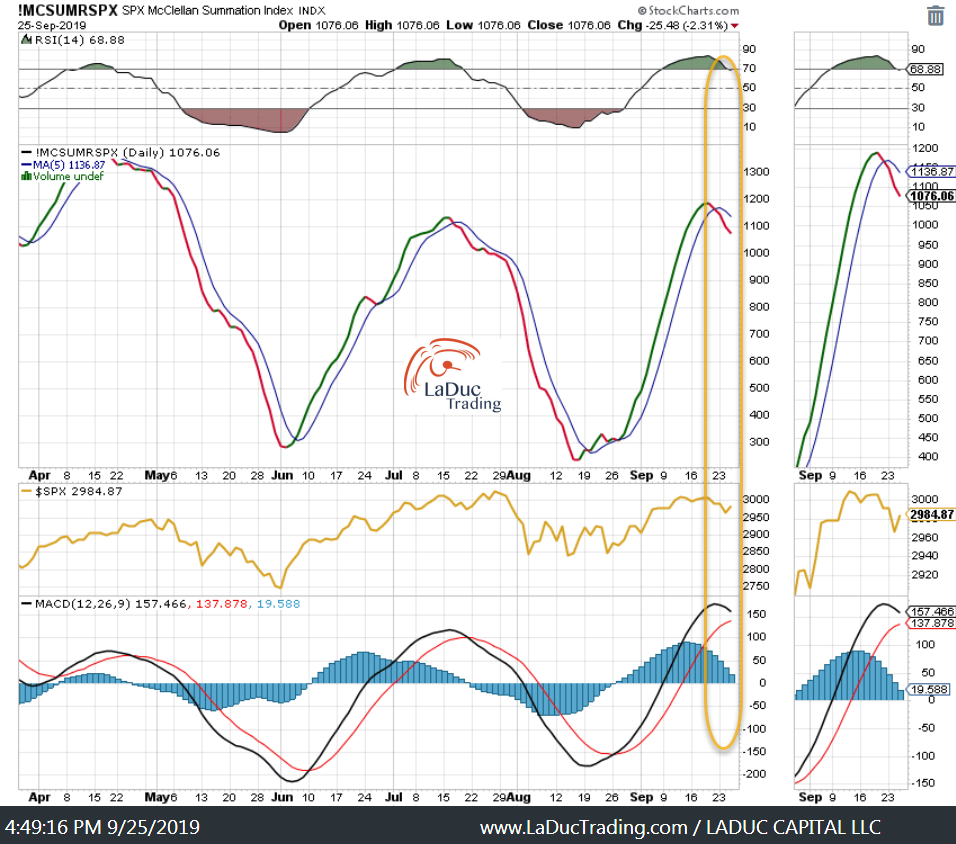 Not a Member? Set Sail with Samantha for her Forward Looking, Forward Thinking market timing analysis and trades.

Where Jerremy Newsome and I talk active trading and answer your questions live!