“Oct 2nd: I believe we now chop and drop into the 9th and then move higher after that into FOMC on the 31st.” Samantha LaDuc

Big US Banks kicked off Earnings Season Tuesday and so far Cash and Profits are high. Even $DB has had a nice 5-day bullish move, but from where it moves next should be of particular interest to Bulls and Bears. There is the matter of a large Monthly Wedge it needs to break out of to ‘escape’ its sideways chop this year: $7.62 was the low week of 12/28/18 and today’s close was $7.85.

DB has fallen from roughly $160 at its height in 2007 to a low of roughly $6 this year. This Wedge I’ve been tracking on the Monthly time-frame is getting very compressed, and from compression and digestion comes explosion and direction. It’s time: Place Your Bets. 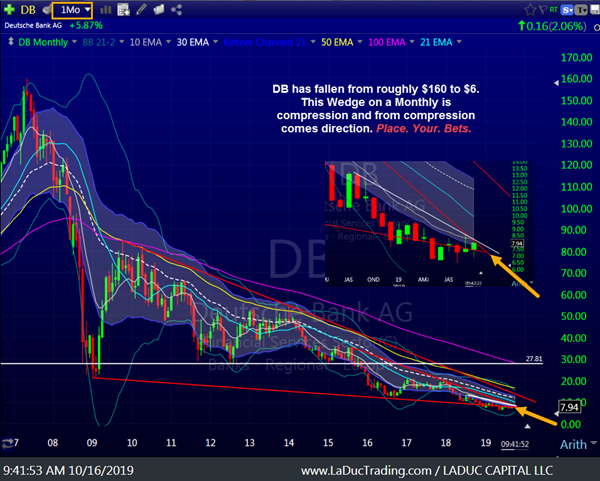 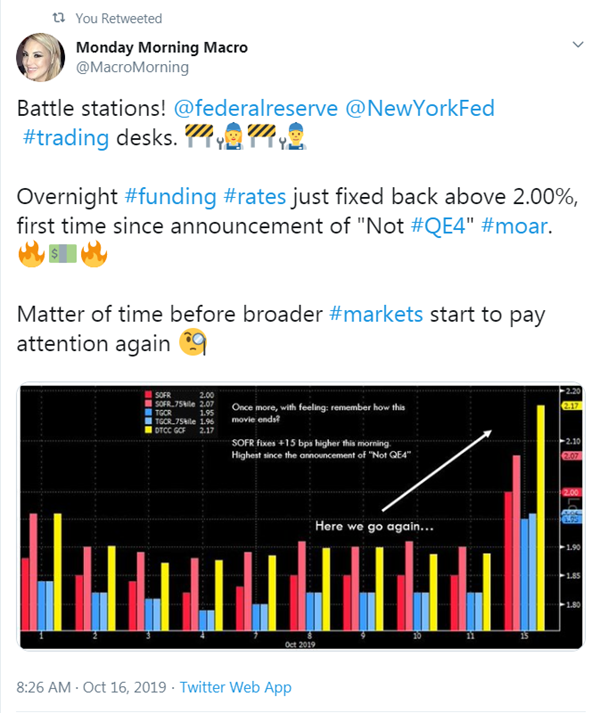 My Intermarket Analysis work said the Monday Massacre was not a one-day wonder but will continue. 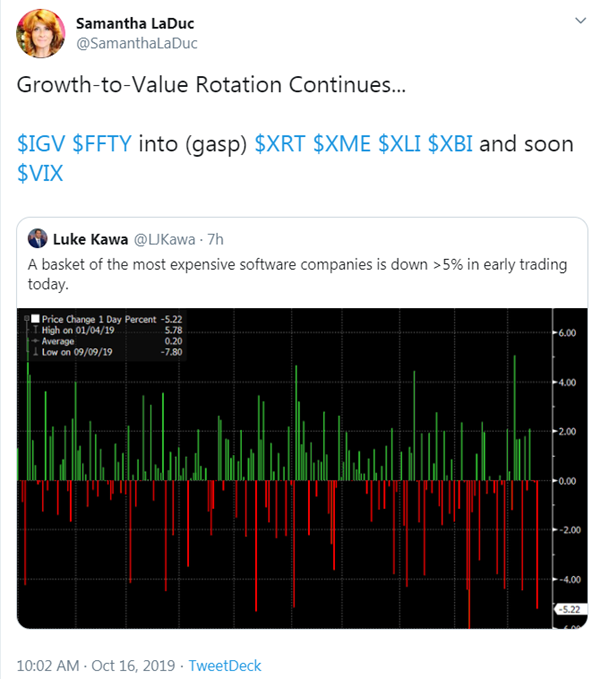 This is disturbing on a few levels: From the claimed managerial incompetence to the Congressional testimony from a financial advisor who lost his entire family in one of the 737 MAX disasters, “but even now it would be hard to justify leaving it out of a client’s portfolio”.

From corruption to criminal misconduct, $9/hr offshoring to financialization, this article and the ones linked in it reveal risks to putting too much faith in a business that faces many downside risks:

“Regardless of what happens in the criminal case, there have been more than 60 lawsuits filed against Boeing over the MAX. No one who knows anything about anything believes Boeing is anywhere close to being out of the woods and some who know a lot think the road ahead could lead to bankruptcy court.” 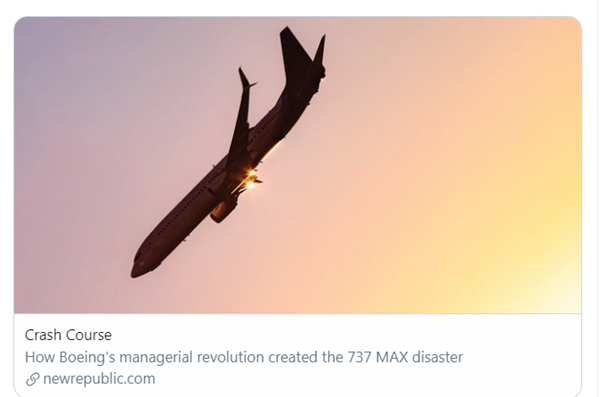 Not a member? Here’s some more FreeBait– Fishing Stories and Trading Videos.
Want to forward this email? They can sign up for The Market Catch here.
New to trading? Learn How To Trade!