From my article for @MarketWatch  – that higher yields, lower stocks are coming despite markets pushing through all-time-highs.

That’s 30% fewer shares for $AAPL in just 7 yrs… from Buybacks – the program that Warren and Sanders want to ban should one of them become President. 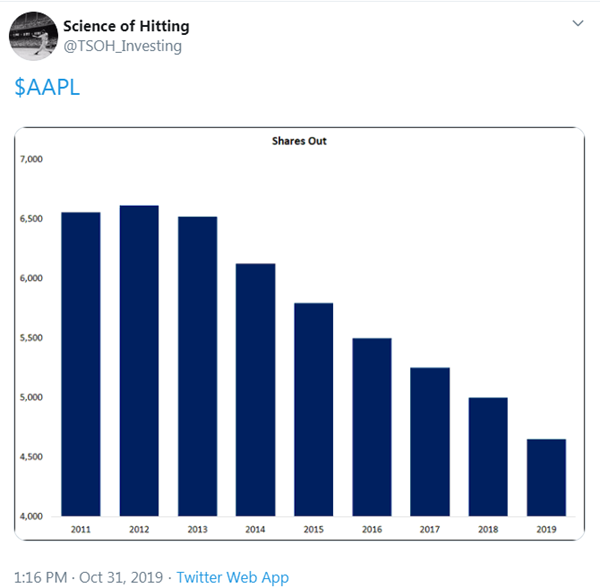 When “Asset Fire Sale” and SoftBank are in the same sentence, it’s time to watch a little more closely their key holdings: 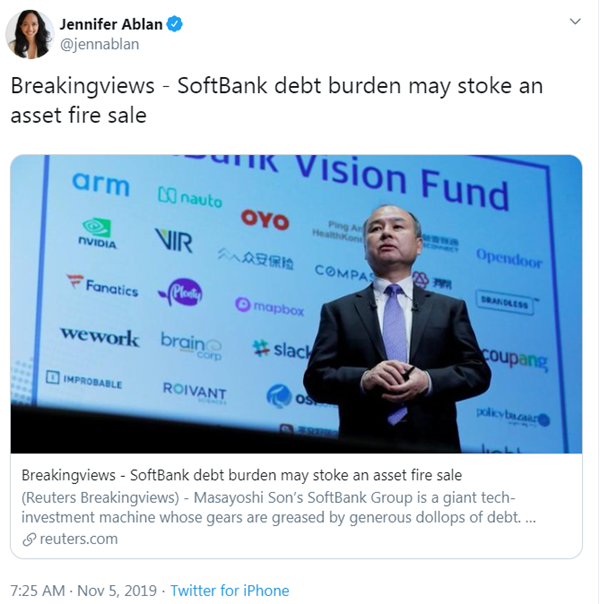 From the time Trump ceremonially shook hands with the Vice Premier of China to indicate intent to sign “Phase 1” of the anticipated trade deal, the SPX has produced 10 higher highs over 17 days and a whole lotta greed. That’s not typically a low-risk entry long…

This is a Big Read, so for those die-hard investors and wealth managers, here’s the latest: