The latest data from the futures market shows a 31.7% chance the Fed will cut next week, 90% chance for July and 76% for September. Oh yeah, and they even see a cut for December. A month ago, traders saw a 9% chance of two rate cuts by September.

Next week’s JUne 19th FOMC meeting will also include the Fed’s updated forecast for interest rates, and given we haven’t had a pullback in stocks of late causing the Fed to “have” to save us, and given they likely need another NFP number to size up the economic landscape*, and given Oil has stayed steady ~>$50/bbl, market should expect Powell to talk down expectations in his press conference. But that’s not what Wall Street wants. They don’t want a Fed unwilling to help them push through ATH.

Maybe next week the market will get more “bad news is good news” in scheduled Economic Releases: housing starts, jobless-claims, existing-home sales. More likely the Fed just waits until the July meeting given timing of the G20 meeting and June 24th Chinese Tariff deadline. Then they will likely have a more urgent reason to cut.

KHC – Instead of simply asking kids to eat salad dressing — or pretending the age-old condiment bears the hallmarks of a dessert staple — Kraft Heinz has introduced “Salad Frosting,” with the sweet tooth-invoking word right there on the label. It’s gross and they deserve to be down 70% in the past year.

K – If you miss the days of sitting in front of the television watching Nickelodeon with a bowl of cereal, Kellogg’s is bringing some much-needed childhood frivolity back to our lives. On Thursday, the food-manufacturing company announced it has teamed up with Salford Brewery Seven Bro7hers to turn its “less-than-perfect” Rice Krispies and Coco Pops into beer. And yes, Jane and I are perfectly fine with this one,

Bear Case – Andrew Sheets’ latest Cross-Asset Playbook notes that trade is only one of three overlapping problems investors currently face, alongside high Fed expectations, with the market already pricing in ~75 bps of cuts over the next 12 months. Check out these alarming late-cycle warning signs:

Risks Are Not Priced In – no, I don’t think John stole my title.

Markets are gradually coming alive to the risk that the conflict of China will stretch far beyond tariffs, and will be harder to resolve than a trade dispute. @JohnAuthers

China will “fight to the end” if the U.S. insists on escalating the dispute, Ministry of Commerce spokesman Gao Feng said, in a strong response to Trump’s reiterated tariff threat. Beijing firmly opposes U.S. unilateralism and hegemony and warned that a trade war will trigger a recession in the U.S. and the global economy

Russia’s not happy either Vladimir Putin hit back a day after the president slammed Russian gas supplies to Europe. “Our relationship with the U.S. is degrading, it’s becoming worse and worse,” Putin said. In the tariff war his sympathies are with “our strategic partners.” Turkey is mad too. President Erdogan accused the U.S. of arming Kurdish militants in Syria in an effort to topple his government.

Germany is struggling to figure out what it needs to do to get Donald Trump to back off.  Trump ramped up his threats against Berlin on Wednesday, floating the possibility of sanctions against a new gas pipeline to Russia and a withdrawal of some U.S. troops. Then there’s still the prospect of U.S. tariffs on its auto exports, and issues over U.S. access to Europe’s gas market.

Secretary of State Mike Pompeo on Thursday blamed Iran for attacks earlier in the day on oil tankers in the Gulf of Oman near Iran and the Strait of Hormuz, a vital shipping route through which much of the world’s oil passes.

The Irish economy will be hit three times harder than Germany and worse than any other developed nation if the US imposes a blanket trade tariff, the IMF has warned.

Pro-Brexit campaigner Boris Johnson took a huge lead in the race to become Britain’s next prime minister, after his Conservative colleagues in Parliament overwhelmingly backed him as their preferred candidate. The Silver Lining? Real estate in London will be cheaper to buy soon.

Jane is not only Samantha’s Live Trading Room moderator, she facilitates client engagement and relays Samantha’s trade ideas into the LaDucTrading StockTwits Premium Room. A former banking SVP during the GFC, she now actively trades full-time and actively shares her trading ideas, plan and process.

“Only The Game , Can Teach You The Game” – Jesse Livermore

The game was practically non-existent today, but it would have been happy to hand you a lesson if you wanted to get cheeky. 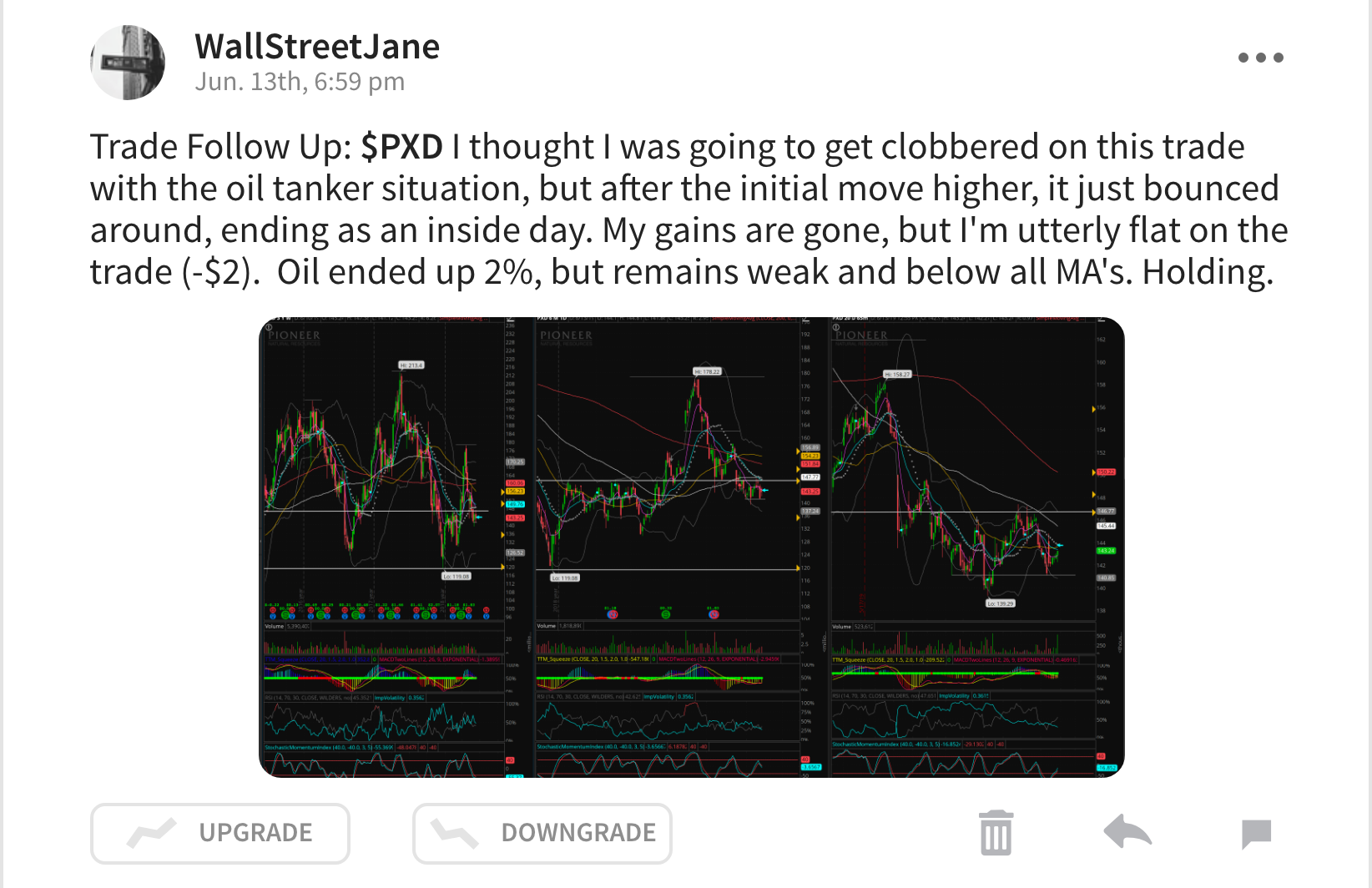 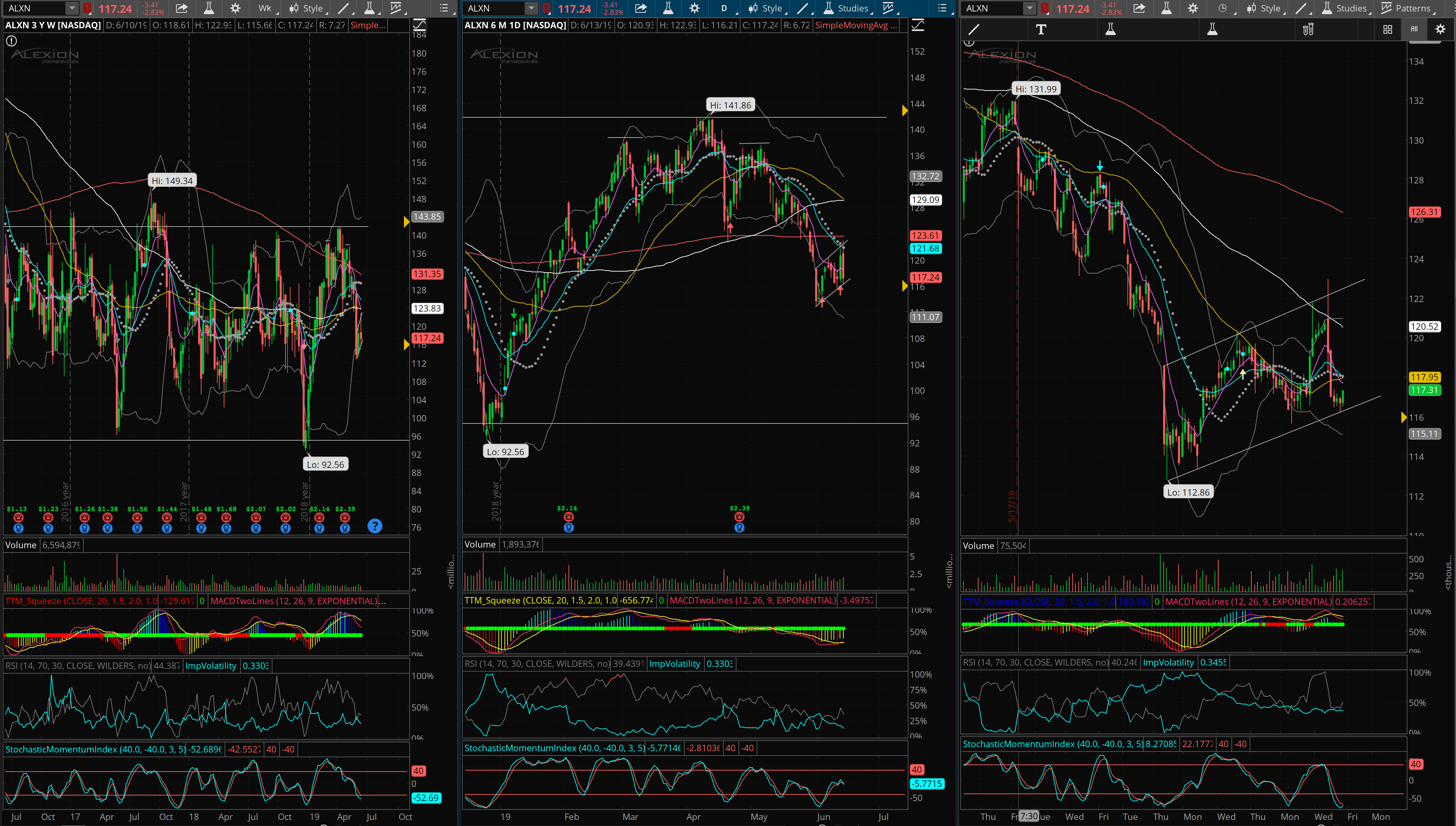