THIS IS THE STORY YOU MUST WATCH IF YOU CARE ABOUT YOUR CAPITAL!!!

Bloomberg: In one of the most dire warnings, real estate investor Tom Barrack said Monday that the U.S. commercial-mortgage market is on the brink of collapse and predicted a “domino effect” of consequences if banks and the government don’t take prompt action to keep borrowers from defaulting.

For those curious, “Non-QM” are loans that do not qualify for Fannie or Freddie backing. Essentially, subprime; otherwise called “Expanded Credit” loans.

Non-QM lending has been off the charts, and climbing, over the past few years. This is a massive flow of money that is coming to a hard stop. Even refis aren’t going to happen.

TRANSLATION: THIS WILL NOT BE GOOD FOR HOME PRICES!!

We can see the Commercial lending decline in markets priced for calamity here and in Canada. They all basically look like this chart!! 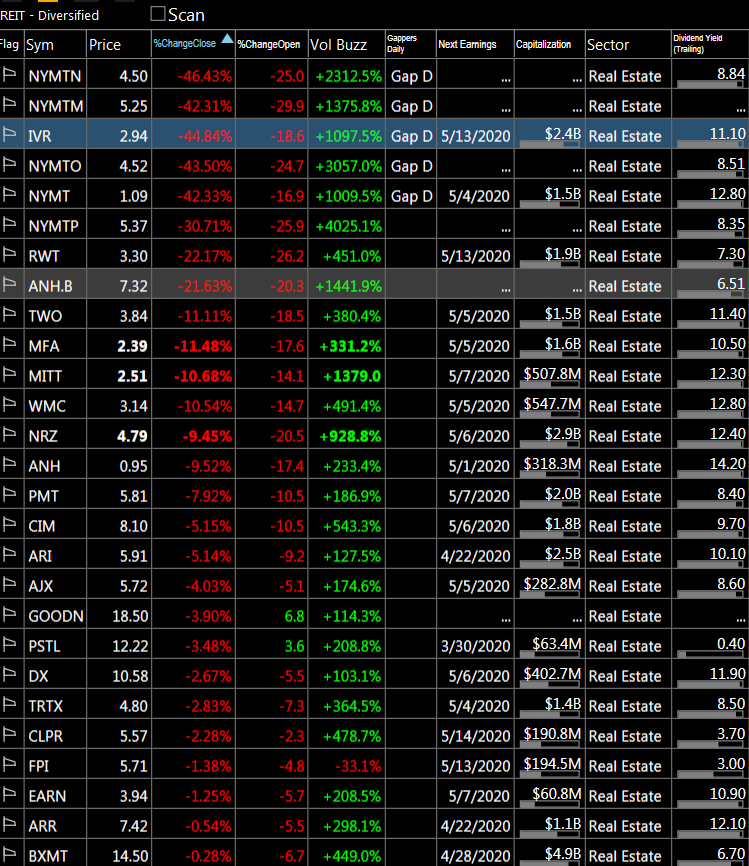 Commercial real estate market is clearly pricing in calamity. Residential mortgages are not only frozen but mortgage rates spiking despite Fed intervention.

“No one can say what a fair price is right now”
https://t.co/NqBFaByDpN

Other than the harrowing health impact of COVID19 – where the data is projecting the largest outbreak of COVID19 worldwide in America now – I can’t think of a worse scenario for economic depression than both Commercial AND Residential mortgage industries failing at the same time.

168 SPX companies have reported
The average beat is 4.9%

Weekend Risk to those holding out/hiding out in the Energy complex...

And I mean the longs.

PENTAGON: SOME TYPE OF RUSSIAN INVASION COULD BE IMMINENT