GameStop Has No Stops

I recommended GameStop to clients of LaDucTrading as high conviction trade on August 10th at $4.36. I called it my $4 to $40 stock by end of year. It tagged $40 January 14th. Given sentiment and structure, I continued to recommended it long to clients in our SLACK workspace and in my live trading room as I saw it bullish to $60 at least. I referenced this $60 call when the stock was $40 on my youtube channel.

Each day I have given my thoughts and price targets to clients who have continued to trust my analysis and I thank them.

Tonight, Gamestop tagged $249 after-hours and I thought it worth-while to summarize how we got here. Plus, a warning.

Bloomberg’s Matt Levine: So GameStop, which was bad, is becoming good. It was a money-losing mall retailer in a dying business during a pandemic, and traded like it, but now it will be a dynamic e-commerce leader in the rapidly growing gaming segment, and should trade like it.

And Here Come The Flows

Bloomber’s Tracy Alloway: “Flows before pros.” The market will be driven by a flow of capital rather than fundamentals. …

Pros Are In Trouble

How Many Standard Deviation Moves Is That?

Matt Levine writes of the “boredom markets hypothesis,” the notion that stocks these days are driven not by rational calculations about their expected future cash flows but by the fact that people are bored at home due to the pandemic and have nothing better to do but trade stocks with their buddies on Reddit. 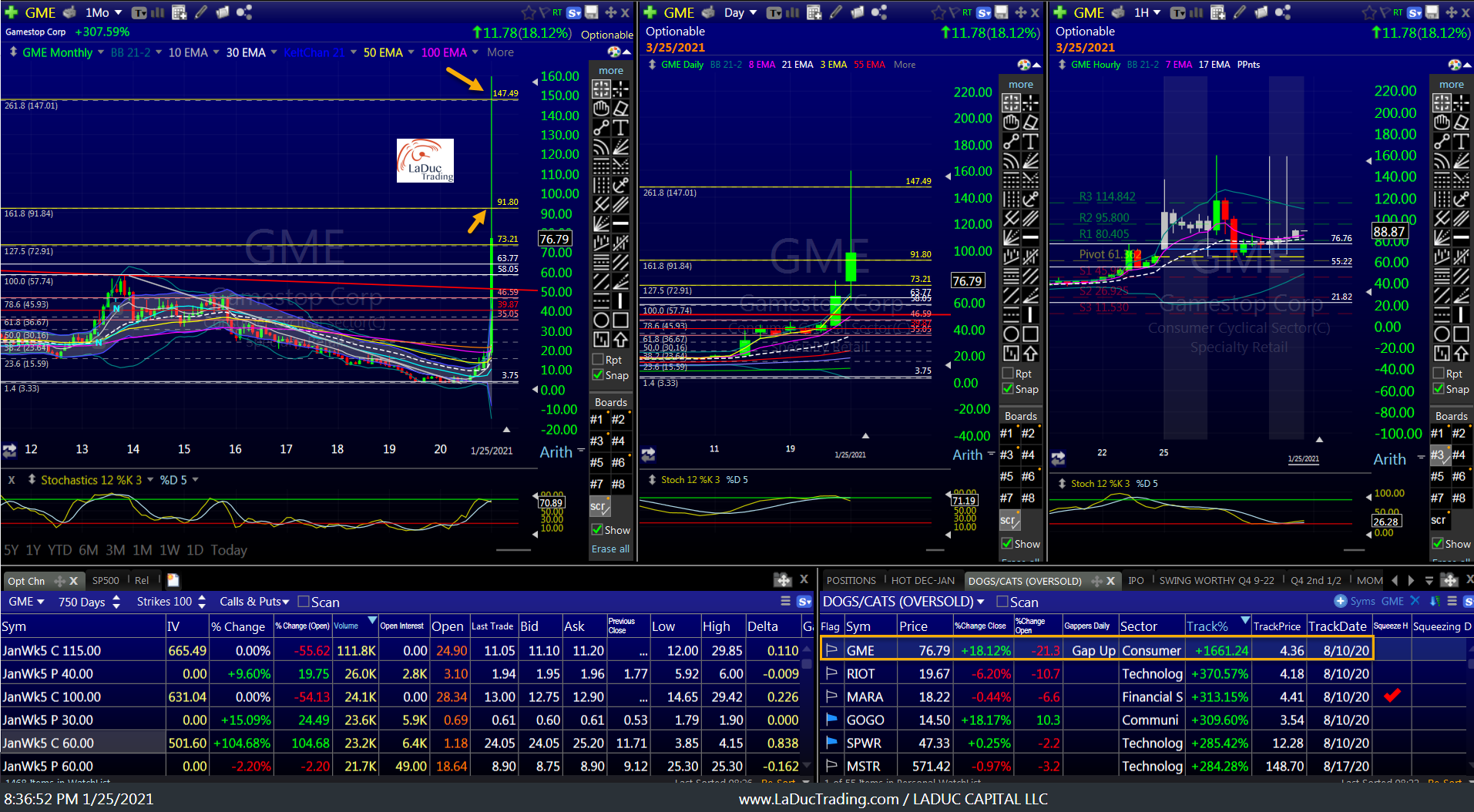 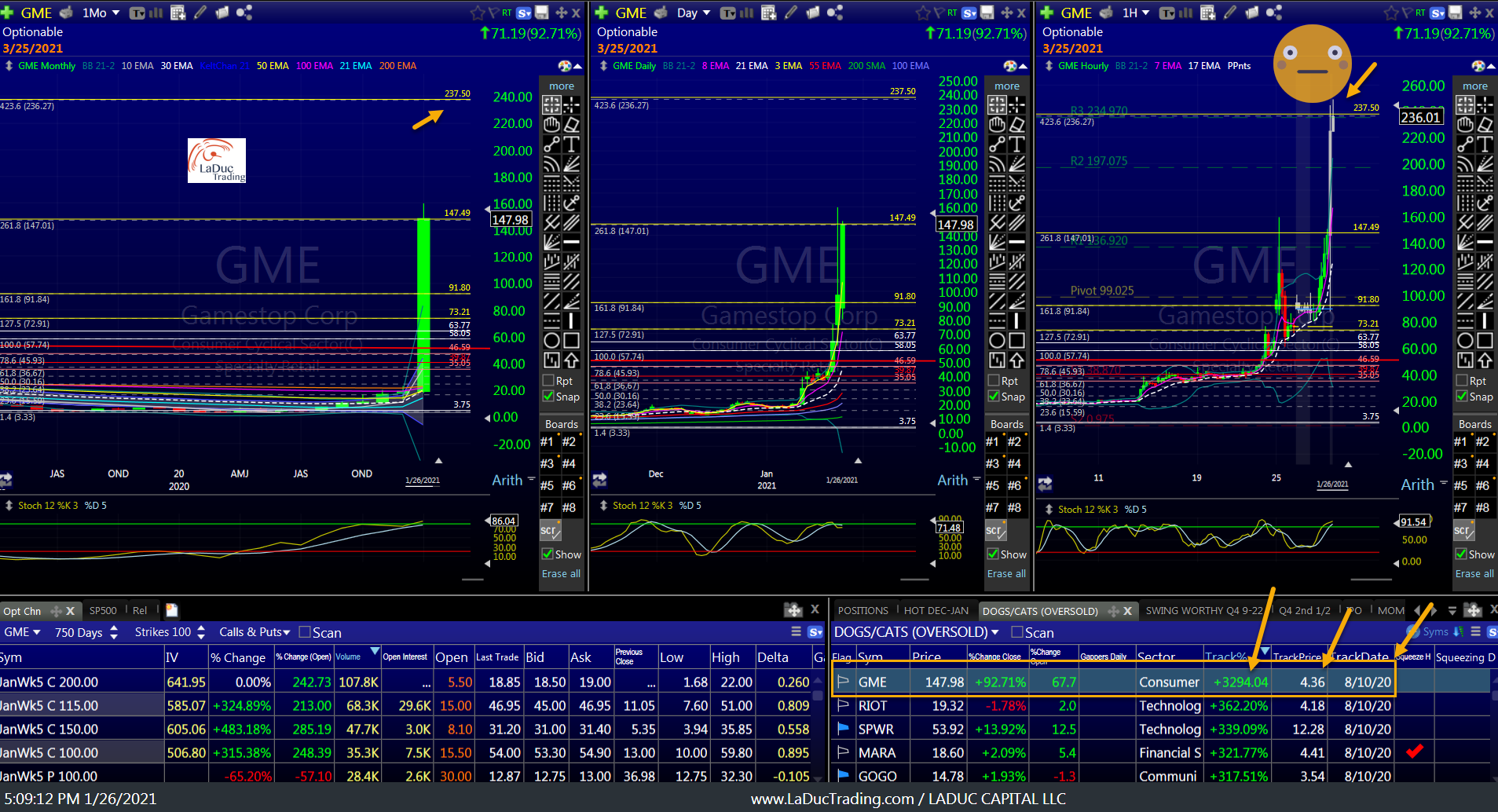 So that’s my warning: “Outliers Revert With Velocity”, as I like to say, and Gamestop is one of the biggest if not biggest outliers I have ever seen.

To clients I say, TAKE CARE, and consider what happened during Feb 5th, 2018 with XIV after-hours. Volmagedden resulted in XIV getting ‘rebalanced’ and opening up down 90% next day. I am not saying that will happen but I am saying the risk is rising.

This Black Friday deal is our best offer of the year.

⬇️ Huge discounts on all our memberships! ⬇️
https://ecs.page.link/7VbX8

Wasn't posted on twitter, but it was for clients.