I’m back – from ‘Early Christmas’ with Delilah and Moe.

Add this chart to the list of ’01 similarities with housing picking up into the recession, ISM at lows & close to bottoming while $XLI near highs, lumber recovering, 2yrs trading identically, tech bonanza, $EEM on the verge of multiple years of out performance. @TeddyVallee 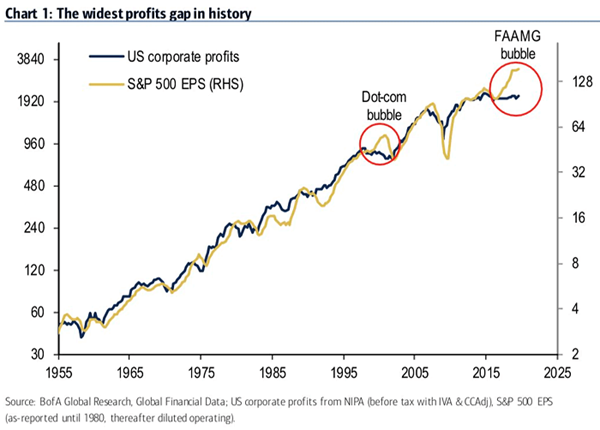 A Goldman study from Q3 said Americans have only absorbed 2% of the tariff impact so the following push-back from China has merit. In addition, last week Global Times reported that China will release an “Unreliability List” of US companies ‘soon’. Trade War resolution and Market direction will likely hinge on whether Trump will remove, delay or increase tariffs on December 15th. Place Your Bets (and before the weekend!) 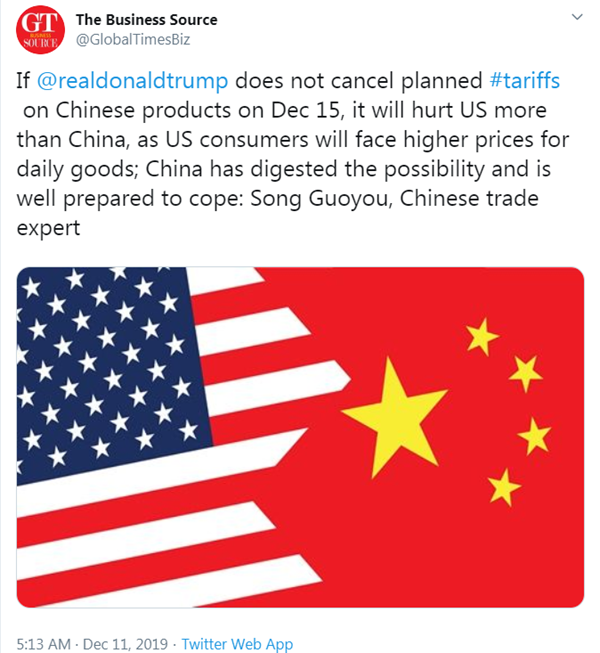 This 12-year breakout in mining stocks relative to gold now as solid as a rock. Couldn’t be more bullish for such a historically depressed industry. Exactly how the early stages of a precious metals bull market should look like. @TaviCosta 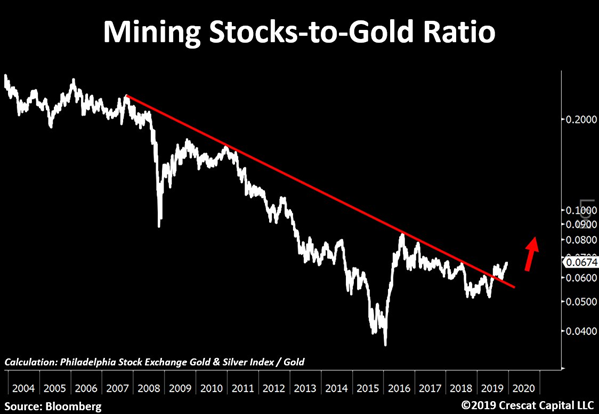 GREAT thread: Lower earnings has always led to fewer buybacks. And a recession will do just that…