Market Catch: Unemployment Is About To Get Busy

Until this theme changes, I’m keeping it here: Market Thoughts: When Is It Safe To Buy? 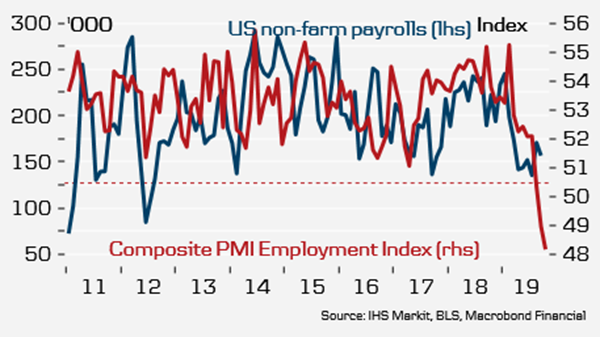 Both POTUS candidates Sanders and Warren have presented economic plans to limit or ban stock buybacks. They want to end Income Inequality that has been an unintended consequence of financial engineering that drives stock prices higher – especially in combination with Fed’s easy money policies past decade that incentivized a dangerous debt jubilee. The narrative against buybacks is picking up speed with major pushback directed at companies that do not spend on investment/capex and wage growth but instead sacrifice these for executive compensation/shareholder value. Examples include: 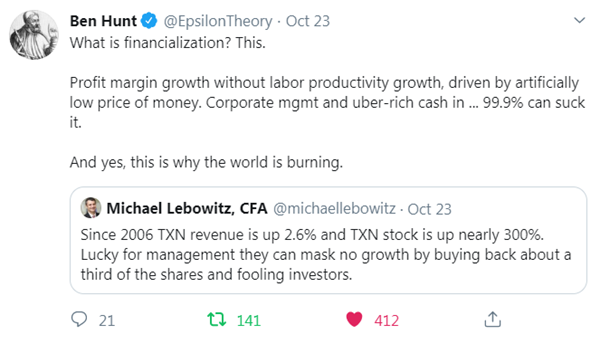 U.S. crude oil demand normally surges 1.5-2.0 mbpd between the turnaround bottom and year-end, looks like that bottom is right on schedule, supportive for $OIL near-term. @RobertMacMinn 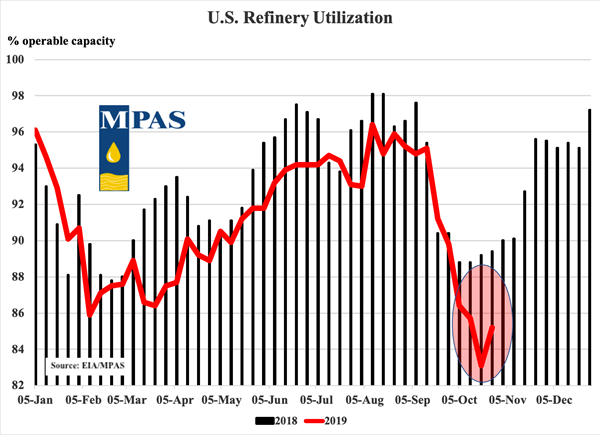 Private equity managers won the financial crisis. But will they cause the next one?

Everything Is Private Equity Now 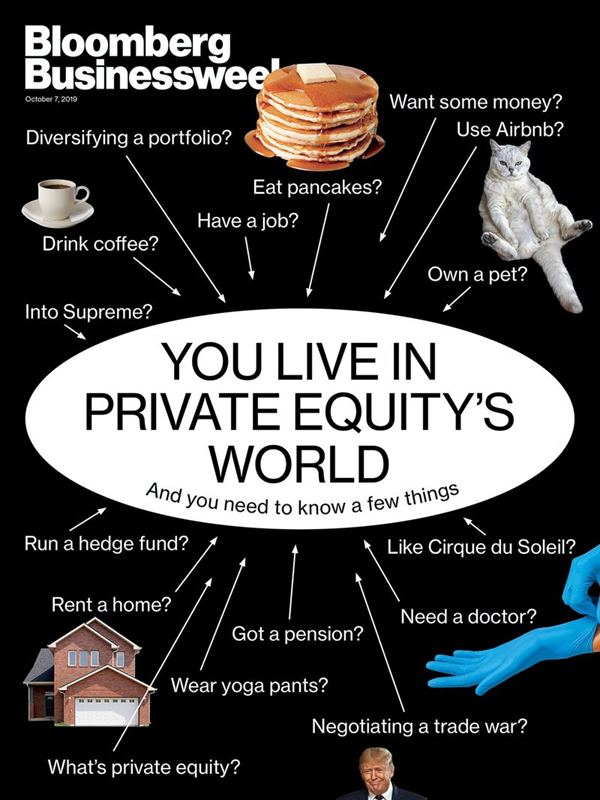 This client post contains a good amount of my 'secret sauce'. I publish client stuff all the time and don't tweet about it, but this one... is worth the cost of admission.

Comes to mind the quote:

"If the market doesn't shake you out, it will wear you out."

It could be *awhile* before we head substantially lower.

This is a trader's market. Investors don't have the stomach.

And we certainly don't have Goldman on our side.

GOLDMAN: “.. we believe it is likely that the market will turn lower in coming weeks, and caution short-term investors against chasing this rally.” History shows bear markets “are often punctuated by sharp bounces before resuming their downward trajectory.” (Kostin)

I present my analysis for clients in my Intermarket Chart Attack. H/t partial chart from @martin_pring.