APPROACHING MY SPX PRICE TARGET OF $3060 from Market Thoughts: When Is It Safe To Buy?

Oct 2nd: I believe we now chop and drop into the 9th and then move higher after that into FOMC on the 31st.Samantha LaDuc

Free Treat! It’s Halloween Week after all… My Weekly Fishing Plan for Clients.

Clients receive my Macro Views  – risks and opportunities – to my Micro trade ideas/set ups. You can too!

You have probably heard that the biggest buyer of equities in this decade long Bull market has been corporations buying back their own shares. Did you also know that Global earnings are declining and Lower earnings will reduce buybacks? 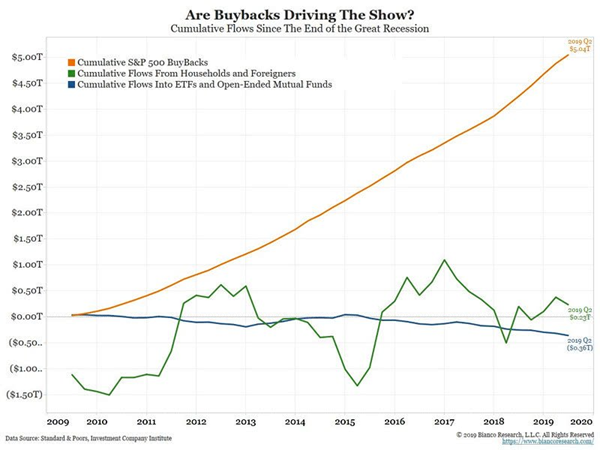 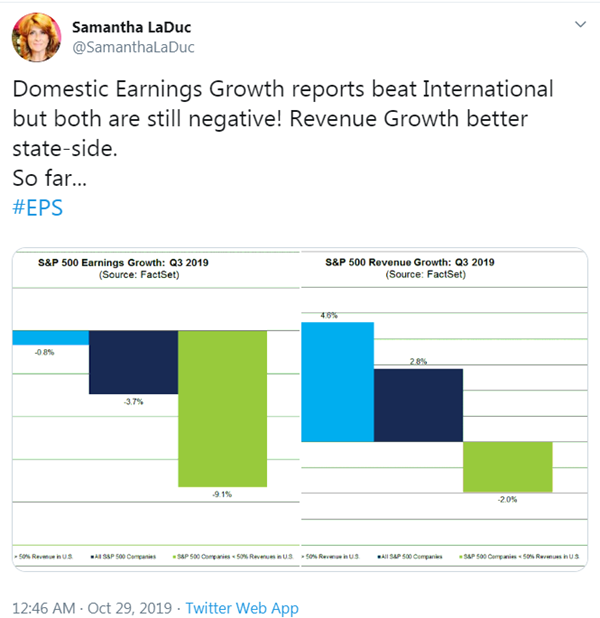 Bears Repeating:  $AAPL (with $FB) report same day as FOMC – October 30th. Individually they can cause a market pullback. So what are the chances both $AAPL + Fed disappoint, together? 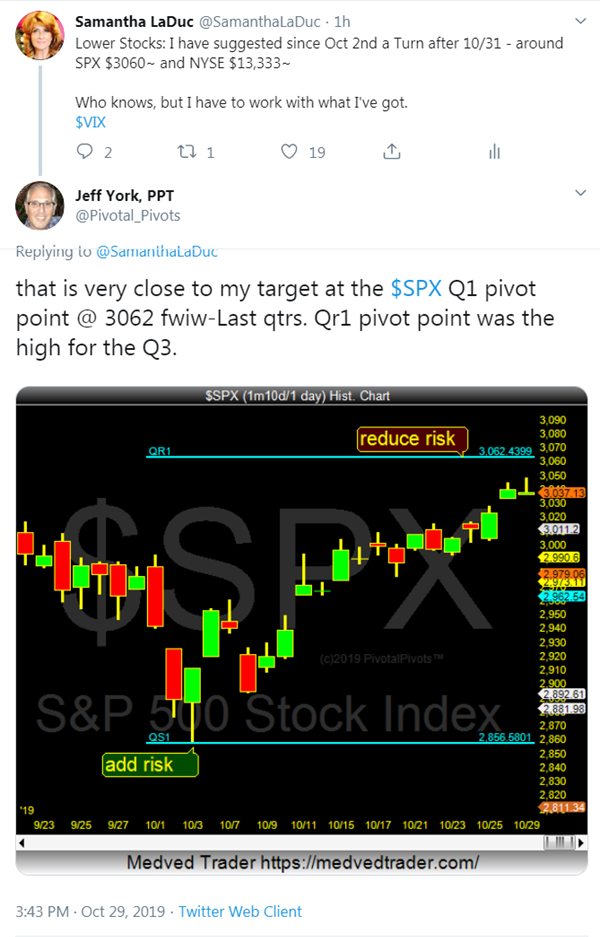 “U.S. government cannot issue more debt without driving up interest rates – it is simply a question of supply and demand.”

Fed will have to “do the same thing as the ECB to combat America’s fiscal policy that is driving interest rates up.” Martin Lowy

When people say the Fed is “injecting liquidity” into the market, what they are really describing is that the Fed’s actions are being taken as a proxy for forward guidance that monetary policy will remain accommodative /1 https://t.co/NSmxwXFUIj

Waat?! This is NOT what market bulls signed up for: