My Market Call: Market Thoughts: When Is It Safe To Buy?

Today, the Fed started cutting rates in July and is expected to cut for a 3rd time on Oct 30. They are acting as if we are heading towards recession. @charliebilello 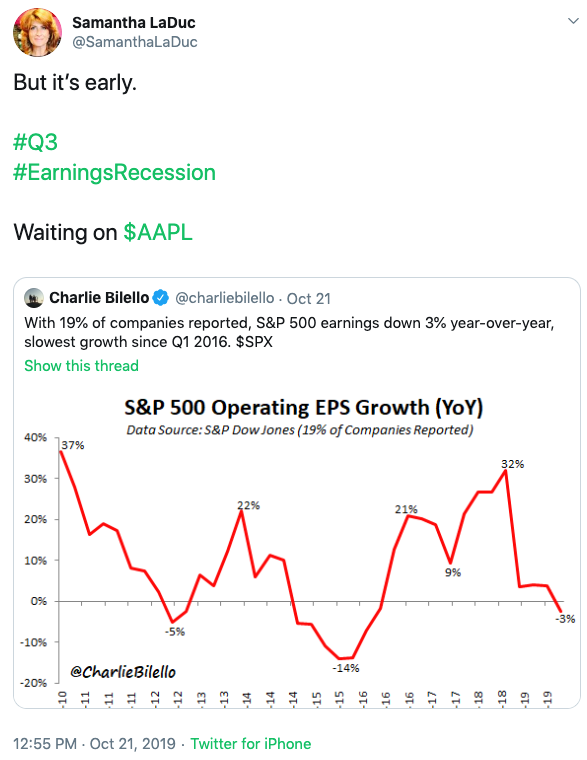 Liquidity makes the weather and Free Money knows no border. 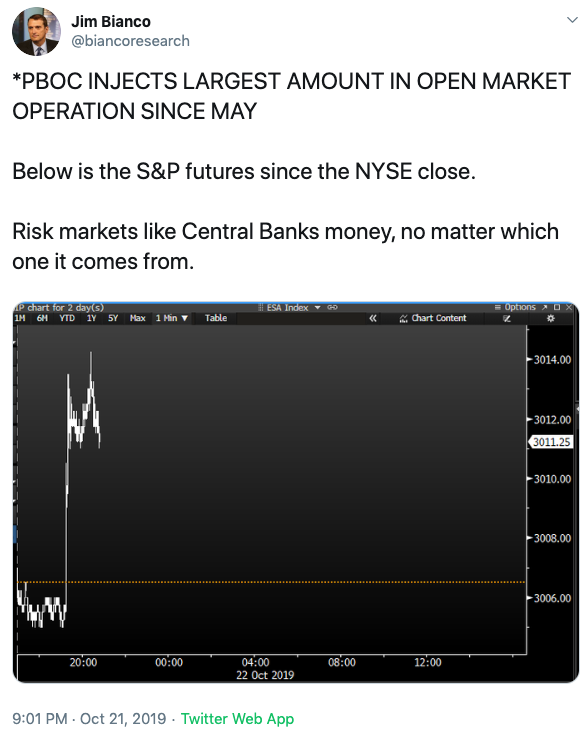 Oh the timing: $AAPL (with $FB) report just before FOMC . Individually, they can cause a market pullback. So what are the chances both $AAPL + Fed disappoint, together? 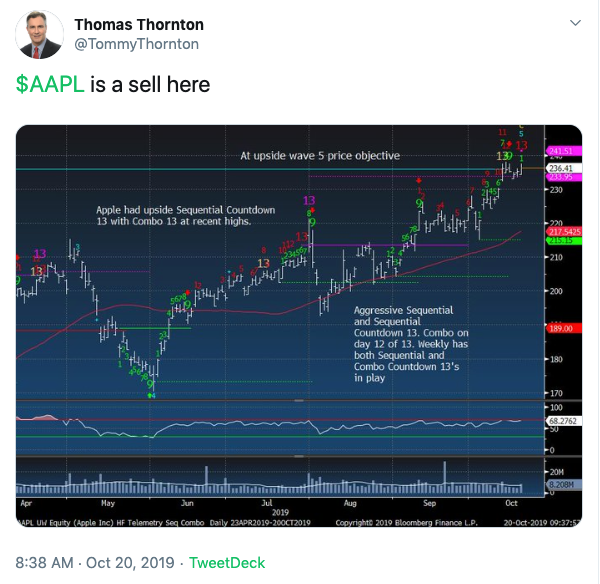