The market has responded to the past three Fed announcements with sell-offs – whether Powell disappointed markets or Trump escalated Trade War rhetoric on the heels of the FOMC minutes release. But now markets have much more ‘certainty’, seemingly, after Powell presented “Twisted QE4” last week and Trump announced US and China are “phasing” into trade negotiations. To top it off, markets seem nonplussed now that Brexit is likely leaving the EU, whether they like it or not, whether they have a deal or not.

My Point: Will the next Fed announcement on October 31st really be that scary? 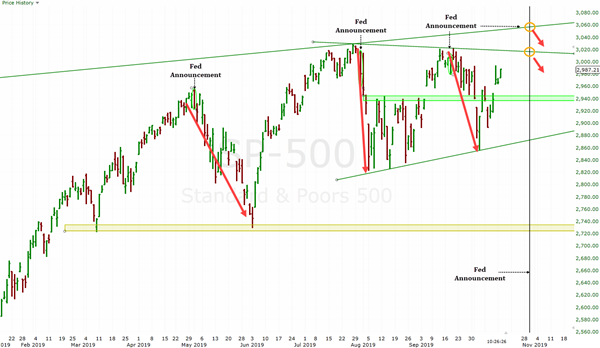 Despite Trade War Truce Talks, I firmly believe the Risk of China is not priced into the market. 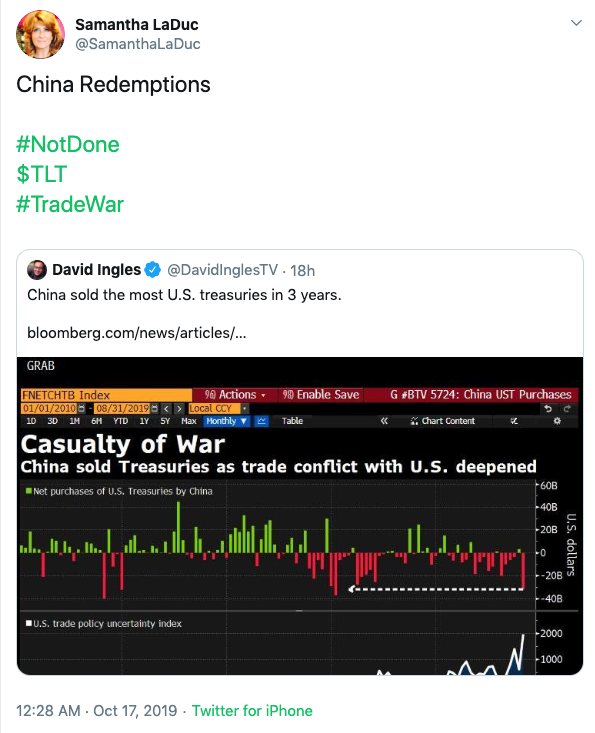 All eyes were on NFLX last night as the 1st of the FANG reported earnings. I wrote this for clients earlier today as a way to deconstruct why, where and how I shorted NFLX: Fading The Pop in Netflix 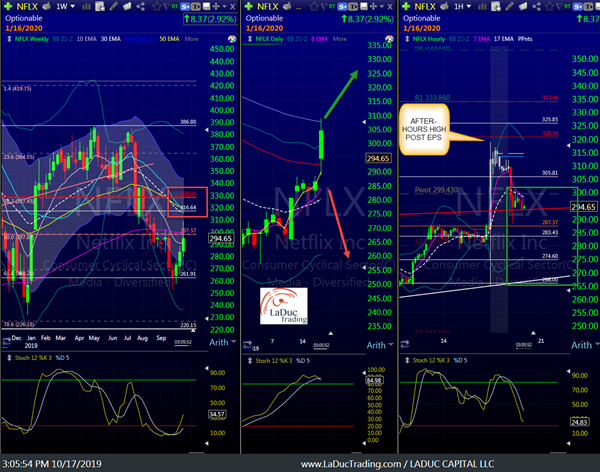 Vanity Fair published an in-depth insider trading article, highlighting… the Commander and Chief of the United States. Very hard to prove of course, but we highlight because we traders can see insider activity from option flow sometimes, right before a ‘surprise’ announcement, but buying 420,000 e-minis in the last 30 minutes of trading on June 28th before a major geopolitical event occurred, netting the trader $1.8 BILLION (and represented 40% of the day’s trading volume) is more than a little suspicious. 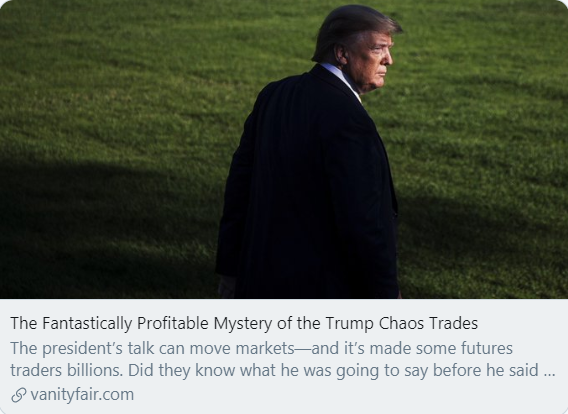