>>Bonds Are Stocks Without A Circuit Breaker

Value has never been this cheap vs. Momentum, with the relative forward P/E of Value vs. Momentum at two standard deviations below the average. The only time in history that Value has gotten this cheap was in 2003 and 2008, when Value outperformed Momentum by 22ppt and 69ppt, respectively, over the subsequent 12 months. 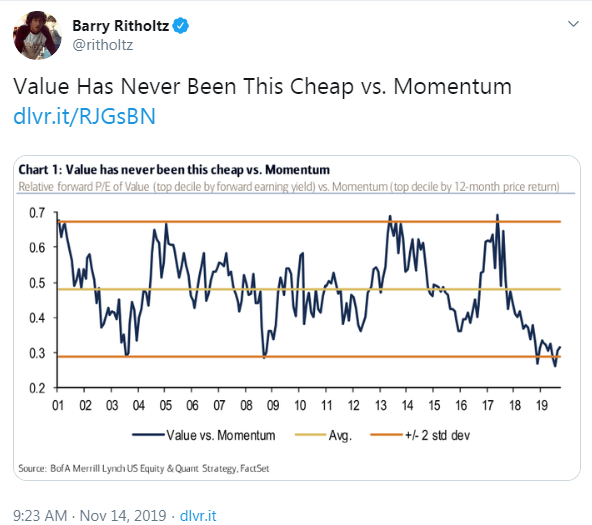 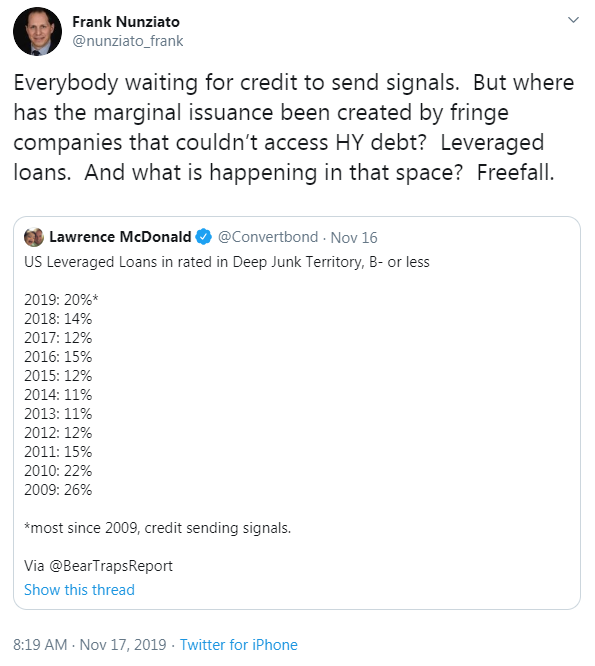 semiconductor stocks have completely diverged from earnings and the global cycle, as they have been focused on the front loading of demand from China…. the front loading is a short-term phenomenon… has caused the global PMI to bounce (Caxin rip) …and actual demand will not bridge the gap once it stops  @TeddyVallee 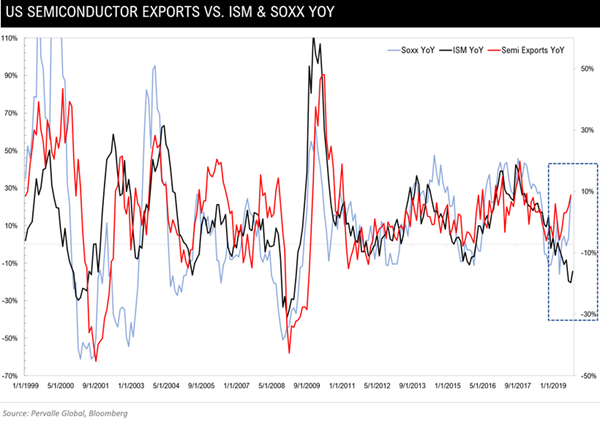 China’s fear of a “Minsky Moment” is driving a tectonic shift in the availability of money. 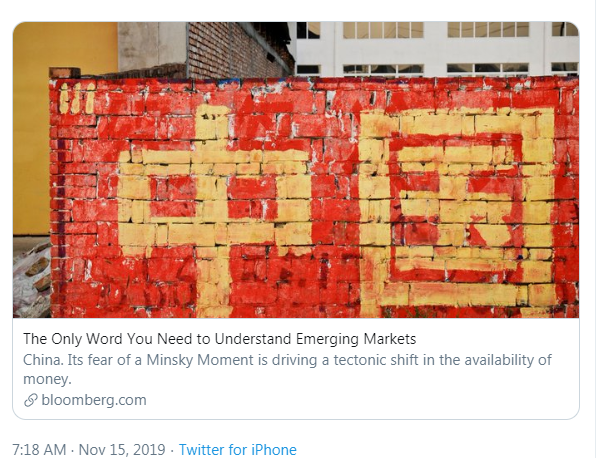